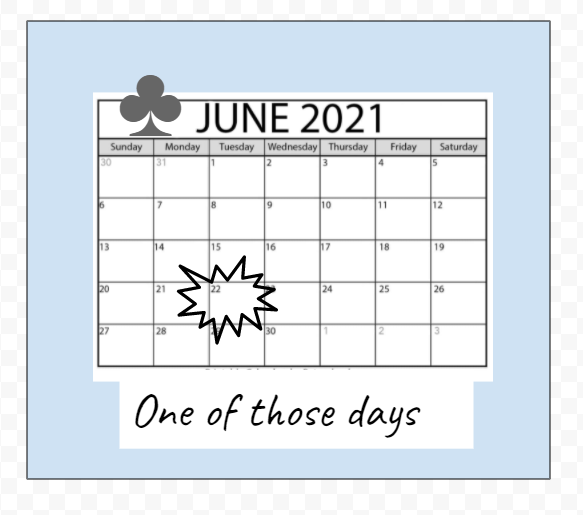 I’m going to pick up from where I left off in my June 3, 2021 CultKW.com post. Entitled “One Year Later,” the column is a reflection on what has happened in my life over the year that has passed since I raised the question: “What can a poor boy do?”

This was in the wake of the Kitchener Solidarity March for Black Lives Matter on June 3, 2020. The poor boy [he, him] in question is me — an old, white Canadian with an Atlantic European background, who studied history, writes columns, is devoted to arts, culture and heritage, and lives, works, plays and learns here in Waterloo Count[r]y.

At the time, I thought perhaps I could work on some history essays. The end result is “What’s in a Name”, an album of columns written “in the hope that by tinkering with familiar storylines, we may discover pattern variations that could open fresh possibilities for imagining how we’ll deal with the challenges and opportunities that lie immediately ahead.”

I stand by most of what I wrote or hinted at in the sequence, and still hope to follow through on the original intent of publishing the pieces as a pamphlet.

But while my days under the restrictions of the pandemic have been productive for coming up with ideas, concepts and possibilities, I haven’t been able to articulate any firm, practical proposal for actually doing something. After more than a whole year musing, mulling and imagining — four seasons spent conceiving projects, writing proposals and building partnerships —  there are few tangible results. It does feel like it’s high time to go “out of the door, into the street, alone.”**

My year and half in my coop at the co-op has shown me that imagining projects, making proposals and building connections are kind of my thing. But imagining, proposing and connecting are not enough. To get anything done, you need to form or join a team or an organization, and then get to work.

Well, I’ve spent most of my work life, paid and unpaid, on the fringes of three major fields of endeavour: the academic world, specifically in the humanities; the arts and culture ecosystem in a provincial, mid-sized urban-to-rural region, and the media in a local/provincial context, with an abiding interest in print journalism.

Consequently, I’m looking for an enterprise that operates where these fields intersect.

As far as I’m aware, nothing like this exists, not here, maybe not anywhere. And that’s a good thing. The objective is to find areas within and among these fields that are generally overlooked, neglected, under-appreciated, or that are in the process of being absorbed, abandoned or rejected.

Here’s a quick sketch of what I have in mind:

The working title is Project Ô — an entity dedicated to “omni practical pursuits.”

The overarching purpose is explorations in the field of voluntary, purposeful association.**

The entity itself would be a willed association formed to serve as a platform and engine for concerted endeavour, i.e. for getting things done. The purpose is to lay out what can be described as a project garden or an association nursery.

Project Ô would operate as something akin to a lab; a studio; a matrix; an incubator; a channel; a resource, an agency, an institute.

As an institute, the aim would be to learn, study, ponder, muse, imagine, propose, but also to launch, build and maintain. I’m imagining a “do-tank”, more than a think tank.

Omni means “all”, as distinct from “one”: In the higher learning field, this would be an omniversity, not a university. The aim, however, is to be firmly grounded, rather than aspirational. Higher education is a crowded, fiercely competitive arena.

Pursuit denotes
— movement with purpose, but not as in a race or a chase;
— pursuit as quest, calling, profession, mission, expedition;
— pursuits in the plural: there can be different paths to a shared destination;
— the reference to “pursuit of happiness” is intentional, but as in “to hap”: happenstance, i.e. what actually takes place, and exists in place.*

Practical means the emphasis is on getting things done, not on influencing or setting policy. The focus is on particularities — actual instances, not theories or generalities.

As I was putting together an outline for a related idea that isn’t ready for sharing just yet, I started making a list of influences that inspired and shaped my imaginings, especially personal involvements of various kinds over time. The list grew longer and longer, and a feeling returned from the time I was putting the final touches on my doctoral dissertation: that for the citations to be complete, they would have to include everything I ever did, heard or read.

I’m going to offer just three examples of the many models and inspirations that have shaped Project Ô here, in order to give a better sense of the purpose and scope:

I’ve had no direct involvement with the Centre for International Governance Innovation, but it has been useful as a counterpoint for defining Project Ô. The aim here is to complete, not compete. What I’m imagining is in some respects the opposite of what this prestigious Waterloo institute is and does, but the contrast is meant to show complementarity, not conflict.

— Ô is not a “centre” or a “hub”: The aim is to function laterally, on common ground, embedded in the communities from which it arises and aims to serve.

— Ô is not international, but local/regional — not local in the generic sense of “anywhere”, but in actual places, with names and histories: Kitchener, Hespeler, Schneider Creek neighbourhood, Grand River watershed, Paris, Elora, Woodstock, involving actual people with names, each with their own lights, affiliations and stories.

— Ô is concerned with the understandings that make voluntary association possible, along with organizational cultures and practices as they have evolved over time, not in power structures or governance per se.

— Innovation, yes, but in conservation, adaptation, building on what exists — a check and a balance to the long dominant pattern of disruptions, interventions and impositions.

An announcement went out the other day that June 6, 2021 marked 14 years of work by, with and through Inter Arts Matrix, a for-purpose enterprise that has been led, over the years, by 3 artistic directors, who have delivered 29 projects and 141 public events involving 153 artists and collaborators.

— Ô is similarly project-oriented, but in the area of civic endeavour, rather than art work per se.

— There is a comparable emphasis on hybridity: inter-generational as well as inter-disciplinary, within and beyond the arts, and inter-cultural; inter-sectoral; inter-faith; inter-personal; inter-town/city/urban.

If it weren’t for the interruptions due to the pandemic, my time working for the Commons Studio at The Working Centre would be approaching the length of time I devoted to the Waterloo Regional Arts Council: almost a decade, in addition to the six years I worked with what was originally called the Multicultural Cinema Club as a volunteer.

As a result, Working Centre principles, ideas and practices are a major influence on what is being proposed here, including:

— work as gift; respect for earth;

— serving others, but also civic service (essentially, service related to living, working, learning and associating in towns and cities), as well as curatorial or managerial responsibility as service.

— producerism, but beyond basic needs. The Ô project is situated in the area where work, learning, creativity and play intersect

I hope this is enough to give you an idea of what I have in mind. I’ll fill out this sketch in greater detail over the weeks ahead, including:

— more on styles, preferences, and on ways and means;

— more on what appear to be open fields of endeavour, where there are gaps, imbalances; the abandoned, the neglected, the rejected;

— examples of projects this new matrix could gestate, give birth to, nurture, set free;

— the fundamental understandings or conditions of associating;

— and the steps from idea to concept to plan to actualization.

The intention was to present this as an announcement. But it is actually just a statement of intent.

If any of this interests you, or if you know someone who might be interested, please get in touch or encourage them to connect.Right now, there’s only “me, myself, I”. If I send this out into my world, and an “us, ourselves, we” emerges, I will have achieved my aim of affiliating. But even as just me, I’ve got a job to do.

* In another context, I once wrote:

<< As Garry Wills points out in his book on the Declaration of Independence, Inventing America: “Happy” is related to “hap”, “happen” and “happenstance”: it means luck, chance, fortune.

Go beyond blind, random or absurd chance, and “happiness” becomes synonymous with “blessed.” But we don’t need to go that far. Whether it is luck, chance, fortune, or grace, gift, blessing: You can’t pursue or grab it; you have to be ready to receive it, and you must allow it to find you.

In other words, to pursue happiness in the original sense, you have to set the planning, seeking and grasping aside, and just drift.

** see Company, on this site, but part of the CultKW What’s in a Name? series I’d like to publish as a pamphlet.

Most of the cats that you meet on the street speak of true love
Most of the time, they’re sittin’ and cryin’ at home
One of these days they know they better be goin’
Out of the door and down to the street all alone ….