So what happened to that vision that had Cat Stevens smiling 50+ years ago?

“Something good has begun,” he sensed: “Oh Peace Train sounding louder. Glide on the Peace Train.”

A few years later, an end did come to the long drawn out war that was the main concern at the time, in Indochina. It took another 20 years for the overarching conflict known as the Cold War to end. But now, more than 30 years later, it looks like we’re back at it again.

What if the train that sounded so near at hand back then actually arrived, and we just didn’t see it or believe it? Or maybe we simply decided, for whatever reason, not to get on board.

It is “the West” that is said to be lining up in solidarity with the Ukrainian people, united as never before. But with the steady progress towards harmony, if not unity, in what was once Europe, North and South; West, Central and East, hasn’t the term “the West” become an anachronism?

The point I’m trying to make is that Russia, fearsome as her might may appear to be given her iron-fisted tyrants and her nuclear capabilities, is not substantial enough and not distinct enough to constitute an “East” that can serve as a counterpoint to a “West” extended as it is today.

There is no longer any significant ideological difference. The oligarchs that arose with the privatization of the state-owned assets of the former Soviet Union are exceptionally crude, but this can be seen as a normal step in modernization processes. Let’s face it, the entire Free World is dominated by oligarchs or, in more mature economies, their corporate equivalent.

In essence, “North Atlantic” as in the Treaty Organization set up in 1949 signifies Britain, at that point not so great anymore, and her trans-Atlantic extensions, especially the United States of America, having emerged from the war, not as a superpower, but the superpower.

The familiar story line is the American Empire eclipsing the British Empire, but it might be useful to think of these as a duality, like the original Western Roman Empire and its Eastern colonial extension based in Constantinople. This duality, the Anglo Empire East and West, has dominated the whole wide world since patriots started singing about Britannia ruling the waves and, soon afterwards, their trans-Atlantic counterparts professing a kind of faith in Anglo America’s manifest destiny to dominate this continent from sea to sea to sea.

The original rivalry was with other Atlantic powers: North, meaning the Netherlands; Middle,  i.e. France, and South — Spain and Portugal. After Waterloo, things were relatively stable for almost a century. For the first half of the 20th century, it was the now allied Atlantic powers locked in deadly combat with a resurgent Central Europe. When that got resolved it became a confrontation with an extended West versus the East, behind the Iron Curtain. Now it’s all of what was once Christendom plus Europe’s colonial extensions against the Russian Federation. 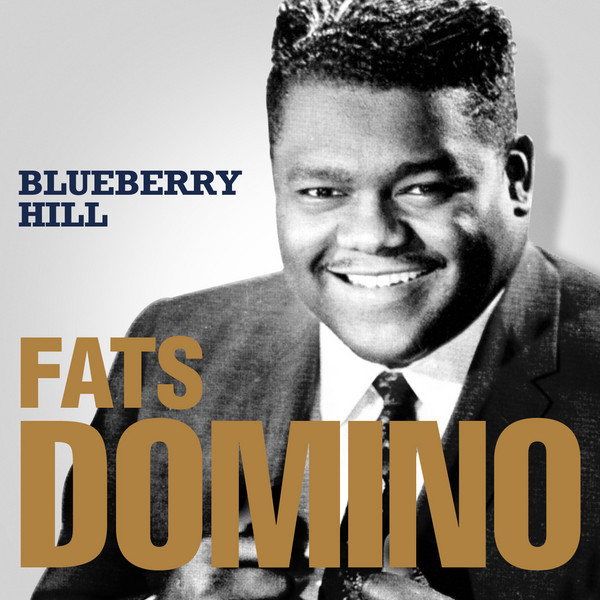 Blueberry Hill is a U.S American song, with English words, made famous by New Orleans recording artist Fats Domino. The year is 1956: Rock music has only just started to dominate the “Hit Parade,” itself a carry over from the Golden Age of Radio. Elvis isn’t in the army yet. Youth culture is only just beginning to emerge.

1956 is also the year Nikita Khruschov made his “Secret Speech” before the 20th Congress of the Communist Party of the Soviet Union, criticizing Stalin and his “cult of personality”. The “Khrushchev Thaw” foreshadowed Gobachov’s “Glasnost”, thirty years later. But it also set the stage for the Sino-Soviet split, which in turn opened the door to Nixon and Kissinger normalizing U.S. relations with China.

It was Fats Domino’s rocking and rolling treatment of Blueberry Hill that charmed the world in 1956, but this was a new interpretation of a song that was written as early as 1940, when the “Hit Parade” had only just begun (the term was first used in 1936). This is a point in time when the U.S.A. was still a non-aligned power, in accord with the “Washington Doctrine”, summarized in Jefferson’s phrase “peace, commerce, and honest friendship with all nations—entangling alliances with none”.

If we’re looking for the remotest possibility that peace might yet be given a chance, those timelines could help. It is worth remembering that up to 1940 or so, the United States still had a deep suspicion of standing armies as a danger to liberty, as did almost all cultures and societies shaped by English influences. In 1949, a full 153 years after Washington’s Farewell Address, NATO became the very first permanent military alliance the United States entered into with other countries overseas: a fateful turn, out of keeping with a deep-rooted political principle.

This was a complete about face for the home of the brave and the land of the free. The United States had always stood alone, in splendid isolation, and, for a combination of reasons, remained the least militarized of modern nations. Now it is entering an entangling alliance with almost all developed nations, and steadily increasing a military might that exceeds anything empire that had come before: Babylonian, Persian, Greek, Roman, Han, Umayyad, Mongol, Ottoman, Spanish, French, Russian or British.

The U.S. is not replacing British power and influence at this point, it is absorbing it, and being absorbed into it, in a way that reveals how they were always two sides of the same coin.

Putin performing, with obvious pleasure, the 1956 version of Blueberry Hill as a kind of kindergarten song, with all the right words memorized, in English is an illustration of the triumph of Anglo World Empire culture.

If “the West” now extends to Latvia, Lithuania, Ukraine, Georgia, even Turkey, we might as well go all the way and consider anywhere people know the words to “Blueberry Hill,” or where a Paul McCartney, the Rolling Stones, Pink Floyd or Led Zeppelin concert would sell out in minutes, to be part of “the West.”

In the same way, wherever people get excited about what we in the colonies still call soccer — English style “association” rule football — can be considered, if not part of, certainly under the influence of, and in sync with Western ways.

Modernization itself, even when pursued in distinct ways, as in China or India, is an effort to adopt processes and patterns that originally emerged in what I’ve been calling the Anglo World, starting with England. Those supply chains, pipelines, banking arrangements, shopping malls, railways, highways, sports leagues, branded franchises and production capacities, including China taking exquisitely organized industrial production to a whole new level, are all part of the same phenomenon.

We’ve won. The West has triumphed. That may already have been true in 1949, or in 1956 when Khruschev began questioning Stalin’s ways, or in 1972 when Nixon went to China. If the Peace Train hadn’t quite reached the station, it was near at hand, as early as 1949, or maybe even 1919. If we’d realized this, and acted accordingly, confidently rather than in fear of one enemy or another, we might have given peace a chance 50, 60, 70 or more than a century ago, and saved the world a whole heap of trouble.

Now, in the Spring of 2022, we have another opportunity to finally give peace a chance.

I keep thinking of that Rolling Stones concert in Havana on March 25, 2016, five days after Barack Obama became the first U.S. president in almost a century to visit neighbouring Cuba. Surely this was a moment when it was clear the Cold War was truly over, and we could have safely boarded the Peace Train.

Well, that’s my hopeful, faithful, wishful thinking, anyway. To cling to the possibility that peace still has a chance, I’m choosing to treat the record of that event, in audio, video and from memory, in the historical record, as a shining example of what peace actually looks like, sounds like, feels like: a 21st-century ode to joy

So why do we persist in waging war? Ambition, greed, and downright wickedness, some of my Facebook friends suggested in a recent exchange.

The fact is, peace may be the only chance we have left.

Events since the end of the last “World War” indicate that it is near impossible to win a sustained, large-scale war, even for the richest, most militarily powerful nation in all of history. Witness Korea, Viet Nam, Iraq, Syria, Afghanistan … .

War is obsolete, if for no other reason than the fact that the planet that all lands and all nations, large and small, are a part of is currently too fragile to withstand another widespread military conflagration.

Russia would do well to read the writing on the wall, and stand down, immediately. Meanwhile, “the West” also needs to stand down and give this last renegade European power some room to give peace a chance.

The same goes for Israel (an outlying West European power, like Australia or New Zealand) in relation to Palestine, and Arabia in Yemen. Or the West and the Sunni Islamic world vis a vis Iran. Stand down now. If not forever and ever, then at least declare a 60-year truce. An 80-year ceasefire would be even better, because it would take us into the 22nd century.

If for no other reason than to avoid the global economic collapse that will surely follow if the business of war suddenly becomes obsolete, all the powers that be from pole to freezing pole should rededicate all the resources currently allocated to military preparedness towards finding ways to align modern prosperity with respecting, appreciating and protecting our Earthly home.

That, too, is an ambition. Let’s be ambitious for peace, and greedy for a genuine, life-affirming, sustainable prosperity.